** Please note – this indicates  a re-release of a book published elsewhere some years ago.

This title is available as an ebook across all the Amazon sites and from All Romance eBooks. It is also available as a paperback.

Cat has issues with Glastonbury, the town at the heart of what once was the Vale of Avalon. The power that lives there broke through her barriers and awoke her talents, but the experience terrified her and she has refused to let those talents manifest. But now, five years on, she reluctantly goes back to Glastonbury.

Philippe Alexandre is a detective with the Police Judiciaire based in Vannes, France. He is undercover in Glastonbury to follow up on new information about an old murder that happened near Vannes. He meets Cat and is as drawn to her as she is to him. He disco vers that Cat knows his witness, and decides to use their mutual attraction to pump her for information.

Before long, Cat’s long suppressed talents are forcing themselves forward and she realizes that the visions she sees are linked to Philippe’s case. Together they must save the innocent before the killer can attack again and next time Cat will be the target. 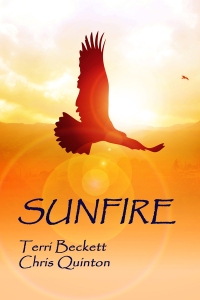 This title is available as an ebook across all the Amazon sites and from All Romance eBooks. It will be available in paperback soon…

Trained all his life to serve the will of the Great Goddess, Kherin is her Chosen, warrior, mage and priest. The prophecy at his birth told of great things. Betrayed by one he trusted, given to be a slave to a barbarian lord, when he learns his goddess’s purpose, he finds it hard to obey.

Rythian, having challenged for the leadership of his tribe and won, is forced to put the future of his people before Syth, his beloved wife, and his extended family. With enemies threatening invasion and enemies within the tribe working against him, Rythian has no time for the whims of deities. He fights his god’s intent every step of the way.

Two very different men, both warriors, both chosen by the gods and brought together to be forged in the fires of betrayal and conflict.

Reveiwed by Reader Views – “Tribute Trail” is a beautiful story.  It is set during a time when men are warriors and magic runs through the land … I also enjoyed the use and abuse of magic.  It made the story more interesting and unique.  “Tribute Trail” definitely has the characteristics of a classic.  It is guaranteed to be enjoyed by fans of fantasies. 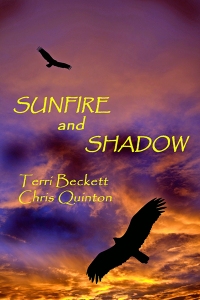 This title is available as an ebook across all the Amazon sites and from All Romance eBooks. It will be available in paperback soon…

Rythian and Kherin have gained one victory over their enemies but the threat of invasion from Tylos is ever-present. Their enemies within the tribe gain new allies and treachery is brewed. The Mage of Tylos schemes to take Kherin prisoner – his captive daemon must be bribed with blood.

Emer and Syth know the price their husbands will have to pay but the survival of their people is at stake—Tylos is amassing a vast army to crush the D’Shael once and for all, and every man, woman and child in the tribe must play their part in the coming battle.

When the unholy might of the daemon enters the fray, it is time for Rythian’s god and Kherin’s goddess to summon their mortal weapons to a different conflict.

Reviewed by Reader Views – “War Trail” is an incredibly written story.  I caught myself sitting on the edge of my seat, holding my breath many times.  The plot is very complex and the characters are well developed.  They are multi-dimensional … “War Trail’ is definitely a must read for fans of fantasy fiction.  It has it all, magic, honor, treachery, betrayal and intrigue.  Don’t miss it!